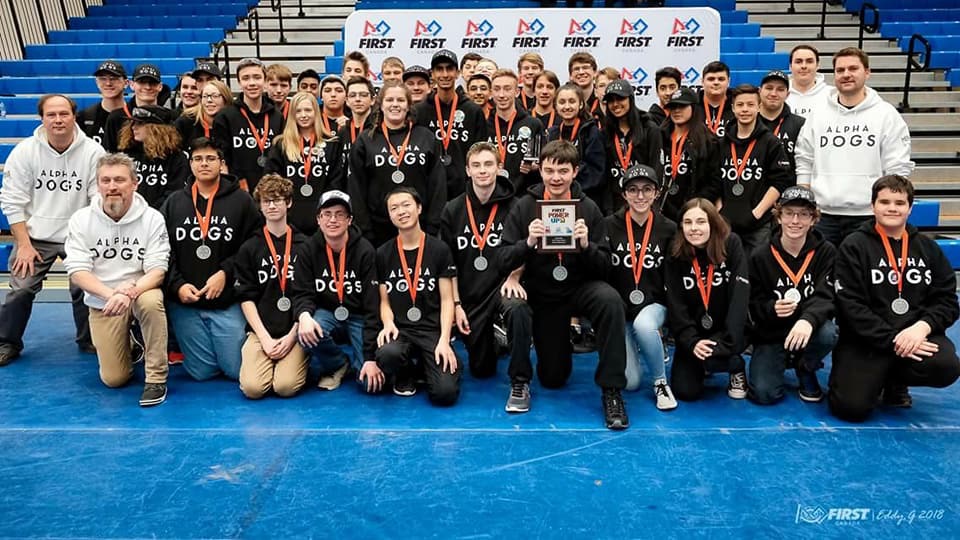 Highlights of the Ontario Provincial Championships

Our team’s best performance ever and my second year as the team’s design captain and our second time at the World’s Championships!
The Alpha Dogs competed at the Ontario Provincial Championships, and by leading the 5th alliance to the quarter-finals and winning the Entrepreneurship award, we have officially clinched a spot at the FIRST World’s Championship in Detroit!

Highlights of the World Championships in Detroit

The World Championships in Detroit concludes another successful season is in the books for the Alpha Dogs. Team 4946 was the 8th alliance captain and made it to the quarter-finals. I am very proud of our team’s performance this year.

We were part of the Darwin Division at the Detroit Championship in 2018. During the first day of competition, we finished the day undefeated and seeded 14th. We stayed consistent through Friday and moved up to 9th place in our division at Worlds. On Saturday morning, we moved into the 8th alliance position.

Our alliance went on to face the 1st alliance. at which point we were eliminated. I’d like to congratulations team 2708, Lake Effect Robotics from Kingston, Ontario, for winning the Detroit Championship with the Daly alliance, and a huge thank you to our parents and supporters that came all the way down to Detroit to support us. 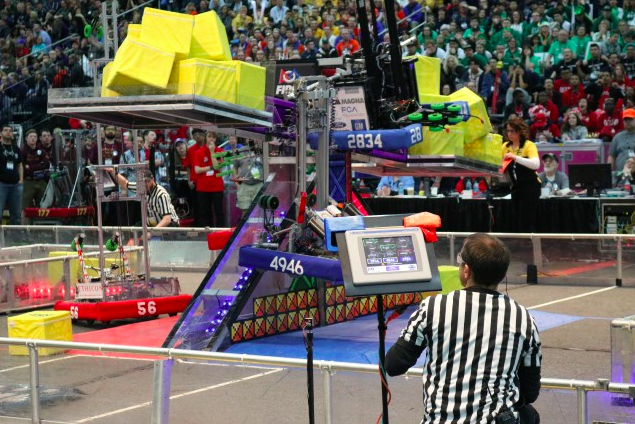 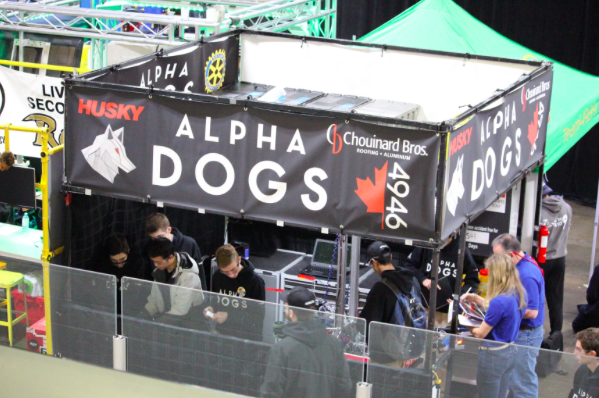