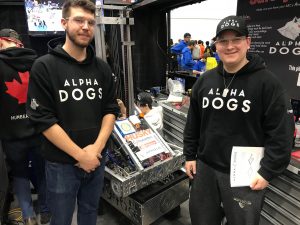 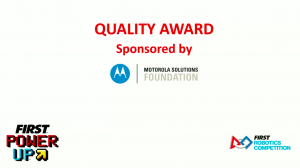 After 6 long weeks of designing and building our robot and weighing in at just under 120 pounds, our robot “Retro Reynolds” is ready to compete in this year’s FIRST Robotics Tournament! My robotics team (The Alpha Dogs, #4946) just competed at the Durham College District Event among 37 other teams. We earned our spot in the finals as the captain of the second alliance and picked two other teams to join us going into the playoffs. After a clean sweep in the quarter and semi-finals, we lost only in the final round putting us in 2nd place overall! After the competition was over a panel of Judges awarded us with the Quality Award for a robust and overall high-quality design of our robot and our pit area. We also received the Pit Safety Award, and we were runner-ups for the overall safety award. As of now, our performance puts us 6th overall in Canada. The team and I have worked very hard this season putting in thousands of combined hours, and I am very excited for our next event at York University! 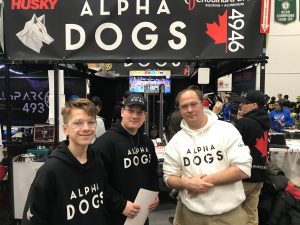